A month ago I’ve posted a ‘teaser‘ for what’s coming in bicyclosis. A month later and I’m ready to present what I was preparing for the last month (along with the bicy lights). An original bike comic drawn exclusively for bicyclosis! Being an illustrator/comic artist I don’t understand how this idea came so late. Anyway, here is the first episode of the cycling shorts warrior!

About the story now!
The main character is named Wout and he lives in a big city somewhere in Europe. He’s single and he lives alone in a tiny apartment. He’s pretty poor but he hopes one day things will change. He commutes by bike every day for work or errands. His love for bikes started a decade earlier when he started cycling in his local club for socializing reasons. There, he met some elder bike enthusiasts with whom he rides together till this day recreationally while making long conversations about the struggles of life.

This comic is about his daily life. The hard but free daily life of a cyclist in the dangerous roads of a hostile city.

P.S. Bicy Lights’ proper presentation is in the making (along with an extensive tutorial), so stay tuned! 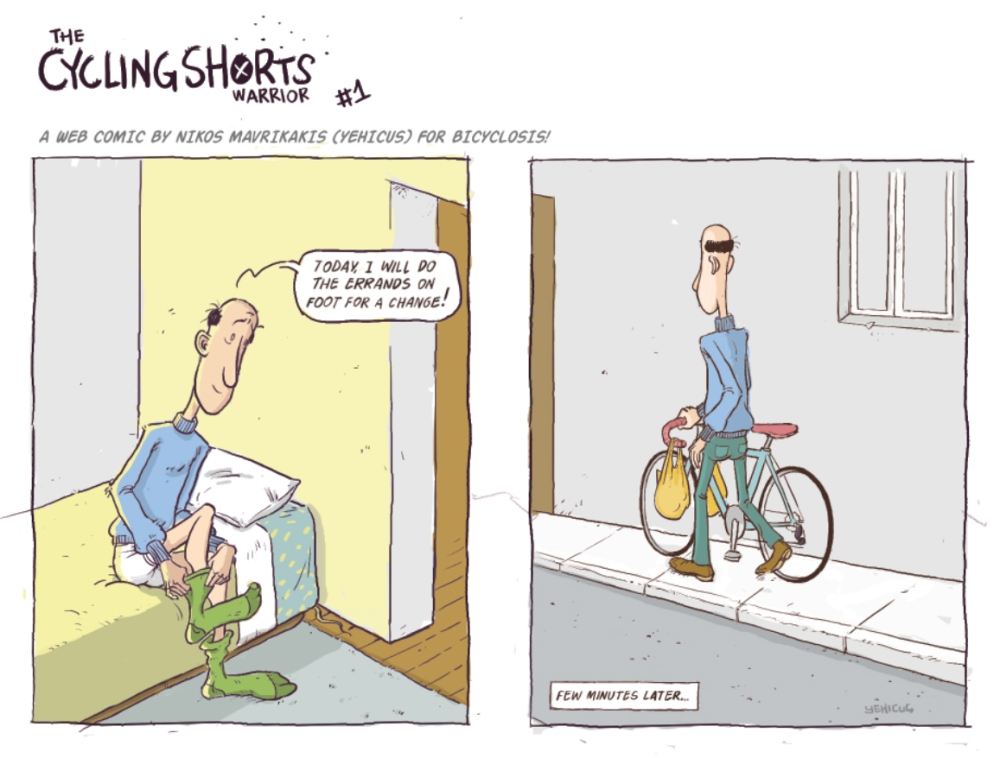